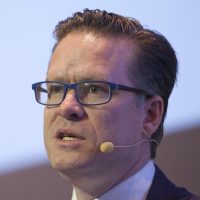 Lars Christensen is the founder and CEO of Markets & Money Advisory. Lars is also Research Associate at Stellenbosch University. Lars’ expertise covers some of the biggest problem areas for international business – monetary and fiscal policies, currencies, emerging markets, and political and regulatory risk.

Lars is known for his no-nonsense, out-of-the-box views and as a lively and opinionated speaker. Lars Christensen worked five years as an economic policy analyst at the Danish Ministry of Economic Affairs (1996-2001). Lars is particularly known for having been Head of Emerging Markets Research at Danske Bank in Copenhagen. In this role he authored numerous path-breaking economic reports on particularly Central and Eastern Europe.
In 2006-8 Lars co-authored a number of reports warning of a coming economic meltdown in Central and Eastern Europe and maybe most famously Lars co-authored the report “Geyser Crisis” in 2006, which correctly forecasted a major economic and financial crisis in Iceland.